Of course, the respective pulse generators can also be used for other applications.

Dieelectric barrier discharge (DBD) is a gas discharge where at least one insulator is between the electrodes and therefore this discharge can only occur with AC voltages. Applications are in chemistry (ozone production), for generation of ultraviolett light, in aerodynamics, but also undesired effects can be investigated as the slow destruction of insulation material due to AC voltage stress.

Series of generators, which have been designed for efficient generation of high voltage at higher frequencies.
With the help of cascaded transformers a square wave low voltage with 5-20 kHz is transformed to high voltage. The frequency is adjusted to operation near resonance frequency with the load. Burst mode as well as cw mode operation is possible. Average power depends on Minipuls type and may be between 30 and 600W. The Minipuls versions differ mostly by the used transformer cores and therefore by maximum possible reactive power.

Almost all Minipuls are delivered as OEM circuit boards. For supply, additionally a sufficiently sized small voltage laboratory power supply is needed and in some cases also a driving signal generator.

The typical nominal load for a Minipuls is 100 pF, which corresponds to the capacity of 1m coaxial cable. For this reason the Minipuls generators are only available as OEM version, as a housing with output cable would already exceed the nominal load. Typically, the transformer cascade of the Minipuls should therefore placed just close to the load. 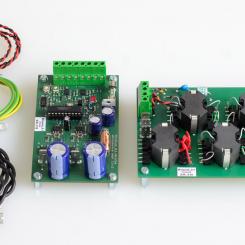 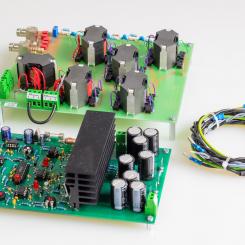 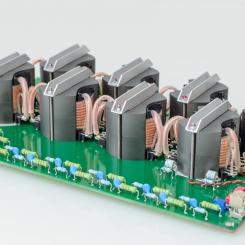 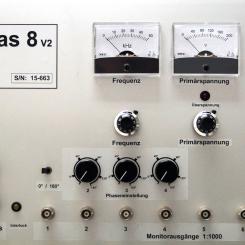 Magnetron sputtering is a surface coating process (PVD) where the coating material is ejected from the target by a magnetic field supported glow discharge (sputtering) and is deposited on the substrate.

The devices of the series RUPmag (/2 /3 /4) are versatile in configuration, the were mainly developed for research purposes.

Microwave magnetrons are tubes to generate economical high frequency at high power in the GHz range. There are application in the kitchen, for RADAR and also in science and research.

High voltage pulses in water or water based solution has interesting effects and applications. One effect is that it kills germs and therefore can be used for the disinfection of drinking water. Connected to this is the effect that it destroys cell membranes, which also can be used in food industry, e.g. for the treatment of fruit juice. For this application typically very short pulses with high power, but not too high frequency are required.

--> Depending on load impedance, also pulse generators of the RUP6 series may be used for this application. For extremely high current also spark gap based pulse generators may be an option.

In this section a number of special developements, especially for particle accelerators and ion sources are listed. The functions of this were rather special, the load high impedance and in the picofarad range. Developements were as full devices as well as OEM circuit boards.

For electrostatical applications typically also devices of the RUP3 series are very suitable.

Here numerous pulse generator designs are found which deliver pulses with quite high power, but rather low frequency (~1 Hz). Application is the ignition of ignitrons, spark gaps or flashlights. In most case just high voltage and high power is desired, but the shape of the waveform does not matter much.

OEM boards / devices for driving ignitrons or other applications where high current pulses with low repetition rate are needed. Currents up to 900A and voltages up to 2kV with pulse width of a few µs can be delivered.

The OEM boards Zündpuls 1-4 are for forward driving of automotive ignition coils and are designed such that a maximum of peak-peak voltage and power can be optained from such an ignition coil. 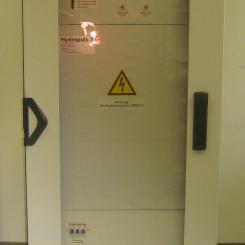 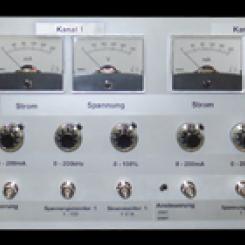